skip to main | skip to sidebar

My story begins in August 7, 1987. I went to the victim’s house to discuss some work he wanted done on his home. I found him at his back door, dying. I tried to help him but to no avail. I hollered for help and was still trying to help the man when the police arrived. I was questioned by the police about what happened and then I was told I was free to go.

On November 4th, 1987 I was arrested on a 1st degree murder warrant, and have been imprisoned ever since. My trial was in November of 1989, I was found guilty of 1st degree murder. My first appeal was denied. I then filed a 3.850 motion for post conviction relief, it too was denied. Everything else I’ve filed, trying to get relief, has been denied.

I have maintained my innocence in this case since August 7, 1987. I currently have a newly discovered evidence motion in the courts now which I will explain later in this article.

I have already said that I’ve maintained my innocence in this matter because it’s the truth, I have done nothing wrong, and I certainly have not killed anyone.

The following is a list of events that transpired prior to my conviction.

1. When the police arrived at the scene there was money found around and under the victim, it was later determined that he had been beaten and strangled. Yet there were no marks on me to indicate that I had been in a struggle of any kind.

2. During the 2 years before my trial I was asked 3 times if I would take a lie detector test, 3 times I agreed to have the test, yet it was never done.

3. There were signs of a struggle throughout the victim's house. There were blood smears and stains everywhere. Pictures and video tapes were taken and shown at my trial, but the crime-scene technicians claimed that they forgot to take samples. As I’ve said there was no blood on me and only a couple of drops on the victim’s shirt from a small cut over his eye. I never went into the house, and now no one knows who the blood belonged to, but it wasn’t mine.

4. In June 1988 I had a bond hearing. The judge at the hearing agreed to set bond in my case at $ 50,000 due to “the severe lack of evidence against me.” The state objected because they claimed they did not yet have the results of crime scene evidence that was sent to the F.B.I. in August of the year before. My bond was denied, and 2 months later my lawyer received a copy of the findings from the F.B.I. They were negative as far as I was concerned, and the State attorney had been sent a first copy of the results in September of the year before.

5. My first trial was set for May of 1989, but a mistrial had to be declared because the state wanted to introduce a partial palm print, found at the scene inside on a water heater, that they claimed was mine. They claimed they didn’t get around to comparing this print to mine for almost 2 years.

6. My original attorney, who repeatedly assured me that I would not be convicted of this crime, was removed from my case a week before my trial.

In November 1989 I was found guilty, of 1st degree murder, yet the state had still not proved that I had done anything wrong. The judge agreed, at a directed verdict of acquittal hearing, after the trial was over, but his reason for not granting the motion was because of the testimony of one Dr. Joan Wood, head of medical examiner for Pinellas County. This doctor is my reason for filing my newly discovered evidence.

Dr. Joan Wood was not the original medical examiner in my case. The original medical examiner died 3 months before my trial was to start. So the state brought Dr. Wood in to testify because she claimed to have been there for two thirds of the autopsy of the victim. But for some reason there is no evidence of her being there at all. She should have been listed on the autopsy report and on the audio tape of the autopsy. She wasn’t on either.

Ten years later she was found to have testified falsely in 4 different cases, and was told to resign by the government of Florida. The cases were she testified falsely were murder cases and were overturned. Her actions were brought to the attention of the police through the news media, and that is how I became aware of Dr. Wood’s exposure.

Dr. Wood is the reason I have filed my motion for newly discovered evidence which is now in the courts of Florida. I would also like to add that there was another medical pathologist who testified for the defense at my trial. He did not agree with Dr. Wood’s findings, but the judge chose to rely on Dr. Wood’s testimony.

And now I have arrived at the reason for telling my story. A prisoner can’t file anything pro-se in the courts of Florida without some kind of help. So I need any kind of legal help or legal advice I can get from anyone who reads this and might be kind enough to want to help me.

I have been imprisoned for almost 22 years for a crime I did not commit, and it’s mainly because no one has listened to the cries of an innocent man.
If anyone is interested and might want to know more you can reach me at: 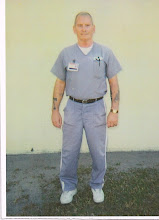